Although cultural appropriation is not new, the term itself has become used in the last 40 years of so, and particularly in the last 5-10 years, within a variety of settings including yoga.

As a white, Western, middle-class woman of many privileges (check yours here) who is appalled by repression, oppression, racism and sexim and tries to live and act from a strong ethical base, I assumed I would not be contributing towards cultural appropriation through any of my yoga practices, activities or teaching.

But the more I have read, watched and listened about this, shows that there is unintentional and intentional cultural appropriation within the yoga world in the West, and there are things I have done, said and worn, which have contributed to this. Which I am very sorry about. We can all learn how to alter our behaviour, language and actions to help change the power structures and commodification of sacred symbols that currently enable cultural appropriation of yoga to continue.

First, some terms and interpretations (or rather, my interpretation). Concern about cultural appropriation within yoga does not mean you have to give up yoga. There is scope for cultural appreciation. You can enjoy a south Asian meal in a restaurant, and make similar dishes yourself at home. You are appreciating the food and culture of a region of India, not appropriating it. However, if all the south Asian restaurants in the UK were owned, run and delivered by white Westerners, who had taken the recipes from south Asians, no acknowledged the creators and sources, and blocked any south Asians from running or owning such restaurants, that would be cultural appropriation. (And made even worse given Britain’s appalling history of colonialism in India.)

Dictionary definitions tend to refer to cultural appropriation as the general “taking of cultural symbols, artifacts, practices or styles without consent” (from CulturalAppropriation.info), although many believe it should also include power imbalance, exploitation and disregard for sacred meanings behind items or practices.

A good interpretation I came across is: “A deeper understanding of cultural appropriation also refers to a particular power dynamic in which members of a dominant culture take elements from a culture of people who have been systematically oppressed by that dominant group.” (Their emphasis – Everydayfeminism.com) 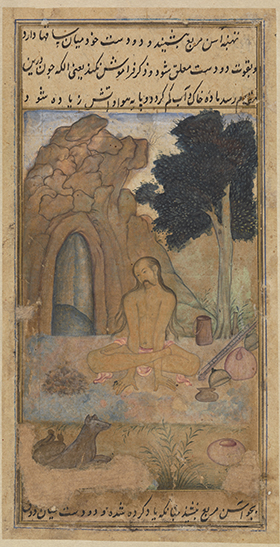 For yoga, we can see how the role of white Westerners (particularly the British) is fundamental to this. From the mid 1600s onwards Britain commodified, stole from and controlled India and its people until 1947. (Other European countries were also involved in colonial India, but British rule lasted from 1858-1947.)

The ruling British “used attacks on yoga as a tool for oppressing an entire country of people. Removing a culturally significant source of wellness and spirituality is one way to rip apart critical connections that help people survive.” (Their emphasis – Everydayfeminism.com)

The yoga that was brought to the West was sanitised of its roots to make it palatable to a different audience, whilst at the same time, restrictions were placed on Indians from practising some ancient hatha yoga rituals in India.

So, for the last 100 years or so, and particularly the last 50 years, yoga in the West has become acceptable and now part of mainstream culture and society, contributing a huge amount to the economy. But, people from south Asia in the UK (and America) often feel excluded from the yoga table, and, the power structures around yoga and society in the UK are such that it facilitates cultural appropriation.

This is explored really well in a video interview between Jonelle Lewis and Kallie Schut, which I highly recommend. Kallie covers what cultural appropriation is, how she experiences it within the yoga world, and what people (particularly yoga teachers) can do to show more respect and understanding of yoga and its history and meanings.

This includes what you do with mala beads, the OM symbol, images and statues of deities, tattoos of sacred symbols, and the use of the word namaste at the end of the class.

For people who have attended my in-person and online classes you’ll know I hardly ever use the word namaste, because a part of me instinctively felt uncomfortable with it. In the video, Kallie explains how although its original Vedic meaning is ‘I bow before you’ and it can be used as a form of respect to an elder, it is more commonly used as a greeting during the day. Using it at the end of the class for a group of people is generally regarded as not appropriate and lacks understanding of its origins and current usage in south Asia.

I encourage you to listen to this part of the video, to hear her talk about it. As she says though, do your own research (self-study, svadhyaya). and read views of other south Asians, reflect on what you are comfortable with, make your own decision and know why you using it if you do use it. And if you chose not to use it, you could say thank you, or Om Shanti shanti shanti, or something else appropriate.

(NB a few days after I drafted this, I attended an online yoga event where Sraddhalu Ranade concluded his talk with bowed head, hands in anjali mudra and ‘namaste’. So, decide for yourself.)

Part of dismantling cultural appropriation is about taking the time to learn more, understand why we do or say something, and making a decision based on what we know, and progressing from there.

If you want to explore this topic further I recommend the following:

Loretta Todd’s quote on cultural appropriation (which Kallie Schut refers to in her interview):

In conclusion, we’re all likely to have mis-used and mis-interpreted aspects of yoga in our past. We can aim to do better in the future.

Through our learning we can make sure we break the patterns of appropriation and power structures to facilitate cultural exchange and appreciation instead.

Let me know if you come across other useful resources on this topic and what your views are by using the comment box below.